NRE-Micro is a framework created for esp8266 programmers, it allow fast programming with a simple API. Currently managing :

More will come has I needs them. The framework allow the use of NeoPixel leds strip with ease, you can create a leds controller and control all on a pin. You can set it a light effect (a fix color, wave, rotating color, ...), or manage manually leds I created a system allowing quick and simple ROM access, create data wrapped in an ObservedData object, add it to the manager and you're done, every access to the wrapped object will update the underlying ROM (and call the handle function if you set one), and when you boot the program, the data in the manager will be automatically read from the ROM. This allow a simple ROM managment without touching the ROM itself. The WiFi manager allow connection to known networks (which you need to specifiy manually) and/or create a soft AP. The framework is modular, to use a certain part of the framework just add the corresponding define before including the main header. This allow to have a light-weight framework, if you don't define a module it will not be included, so no extra useless code. When a define is set, a module object is created and automatically added to the framework manager (MicroManager), which allow use a complete access to the module without doing anything. 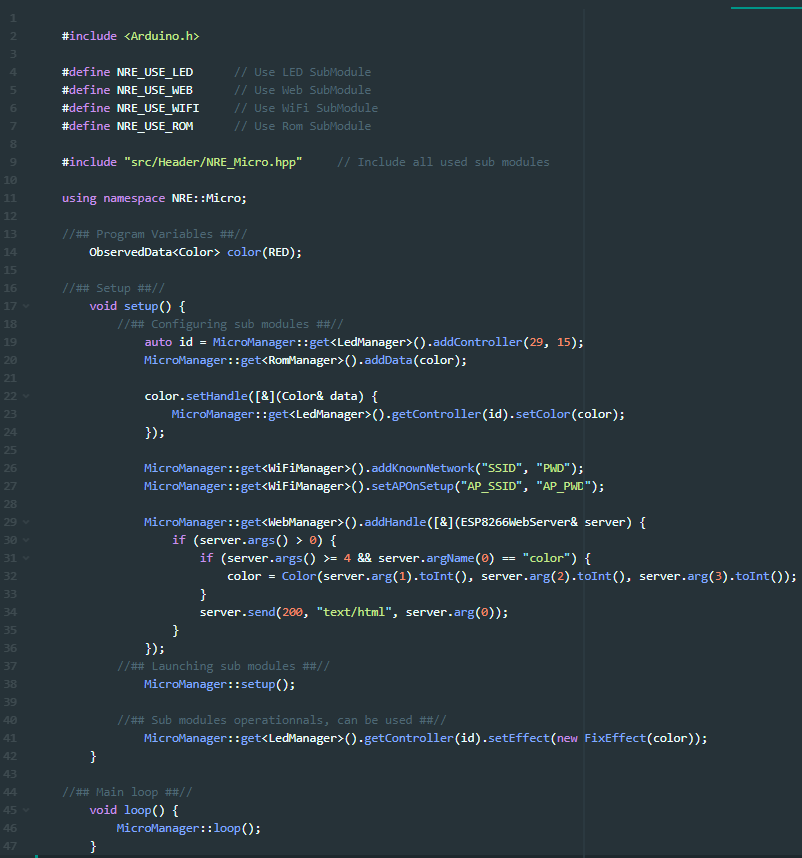 The library can be found on my GitHub : NRE-Micro